Changing Spaces in Your Own Home 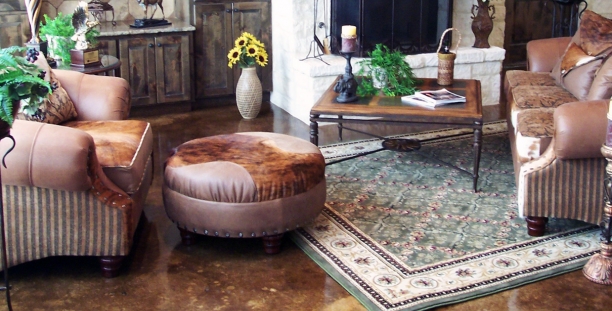 Americans are demanding more informal living spaces, both inside and outdoors, according to remodelers, design experts, and the ideas on display at the recent National Association of Home Builders convention.  In response to changing lifestyles, the home building industry is coming up with modern variations on old concepts as well as new kinds of rooms to accommodate the way we live now.

While the trend for several years was bigger homes to fit in everything we wanted, the size appears to have stabilized at around 2,300 square feet.  What has changed is space usage.  With fast-paced schedules, communal time is more difficult to come by.  So, with typical American ingenuity, people are changing their homes to make routine activities communally centered.

This concept first appeared with family rooms extended directly off the kitchen.  Now laundry rooms are being incorporated into recreation rooms, or studios, to allow interactive time while still keeping up with household functions.  These rooms are specifically designed for activity with workspaces to facilitate sewing, crafts, indoor gardening, school projects, and yes, laundry.

South Texans have been on the leading edge of the outdoor living and kitchen trend.  In climates such as ours, it clearly makes lots of sense to create an outdoor living space.  Now, however, the concept is gaining popularity across the country.  Courtyards, backyard fireplaces, and outdoor kitchens expand living space while allowing the opportunity to enjoy the outdoors.

The luxurious master bath suite has always been a focal point for Parade of Homes houses.  Now, interestingly, many upscale homebuyers are opting for his-and-her bathrooms for more privacy.  Traditionally, the wealthy have set the standard that the mainstream follows, so this is one to watch.

Built-in cable and wire connections, electronics, and security features will begin to become standard in new homes; and expect to see more open space.  Formal dining rooms will continue to be popular, even if they don’t get used much.  Homeowners want the option available, and many want one room that stays neat and uncluttered for when unexpected company drops by.

The garage has undergone a radical change. Builders and remodelers are beginning to acknowledge what homeowners have known for years – the garage is actually a multipurpose space.  For years it has been used as for storage and work space, often allocating cars to the driveway. Now, families often have even more cars and builders are responding with three and four car garages with enough space for vehicles and whatever else you need it for.  To accommodate the extra space requirements, many garages are being built at the back of the lot.

The inside of the garage is getting a makeover too.  Special cabinetry, space organizer wall panels, and workbenches are just a few of the interior design features for the new redesigned garage.

So…what if you’re happy with your present home, but love some of these new design features?  Not a problem.  A licensed remodelor can help you create the space you want and need without moving.  Call The Greater San Antonio Builders Association at 696-3800 for free copies of the Remodelors® Council Directory and the brochure “How to Choose a Remodelor®.”